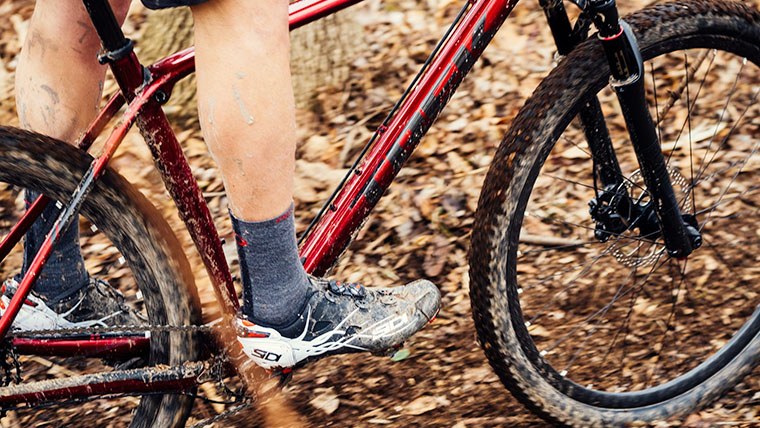 As a kid growing up, we all had a bike. I can remember a few, but they are all long gone memories. What was your first bike like?  Then in 1988, I bought a Raleigh Trek 850. It is a 27 inch with 20 gears. I still have it and use it for training purposes as it is so heavy (well over 20 pounds) and has regular racing tires which I like for bad weather conditions.

Guess I am getting old because I am no longer interested in falling. I also prefer to go out with it on a warm winter day because I like to ride trails and there are always ice patches in the woods even if the air temperature is 45 degrees. Anyway about seven or eight years ago, for whatever reason, we bought bikes for the kids. I pulled that Raleigh out and cleaned it up. Late in the fall, I took the bike up to the corner to get some air in the tires and I overinflated the tires so bad that the inner tube started to push the tire out. Never really got that far that day because I was worried about the tire.

Now the tires were about 20 years old, so went over to the bike store to get replacements. Rode a few times that fall, but it was just fun rides with the kids. The following spring I took the kids over to the gas station and again overfilled the tires. It was so bad that the inner tube actually exploded about a hundred yards from the gas station. You ever have that slimy green stuff on you before? So that was the end of the bike that year as I just can’t go to a gas station and have this happen again. Then in 2009, I pulled the bike out again in the summer and started taking the bike on the trails around my area.

With each outing, I felt better than the prior time and I was able to go farther. I actually kept a log that year and it was interesting to watch my progress. If you have never kept a journal of your workouts, you should. I would guess on the mileage because my phone at the time did not have GPS and it was about 450 miles that year. What got me was how my body began to adapt to riding again, how I became more mentally alert, and seeing the beauty of the trails themselves. I had this urge to want to see where the trail went to that I would push myself to go around the next bend. In May 2010 I got a Cannondale Super Six. 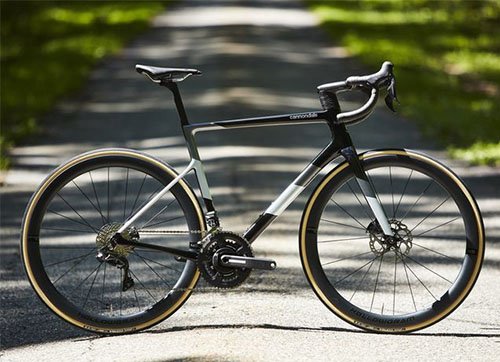 I spent the summer going farther and farther from my house and logged about three thousand miles. At that point, I was hooked. The combination of going farther with each outing and exploring the different trails actually became fun. My wife told me that I needed to look for a race and so in December, I started looking. I came across a race called Calvin’s Challenge in Dayton.

For two weeks I debated if I wanted to train for this because it was a twelve-hour ride. Now I had been out for a three-hour ride before, but twelve?  Could I actually do it? On new years eve, I actually sign up. The race was scheduled for the last Sunday in April. So I spent January, February, and part of March at a local gym six days a week getting my strength conditioning. In ten weeks I went from twenty situps on an incline board to one hundred and fifty. My leg presses went from 300lbs to the max of 400lbs on the machines and I doubled the reps. I also found out that year that I can ride outside if the temperature is over 37 degrees.

People forget that you create wind chill by riding. This is on top of the current wind chill that a normal day has. And in March, who wants to go out and spend more money on clothes you will use just a few more times. Here it was early April and I was going over 50 miles on the warmer days. So on April 30th, I drove over to Dayton for my first official race. I checked my phone at 6:30 and it was 36 degrees and here I was in shorts. I had half an hour as the rade began at 7 am. Picked up my race shirt and my number (82). Here are some starting shots from that morning: 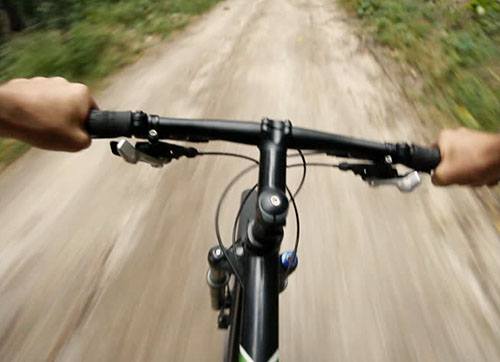 I remember walking up to get my spot with the anticipation of wondering how the race would begin. It was somewhat organized and you could tell that there were going to be different types of racers. The first set were those trying to win, second was those that were set on a certain pace, third were those who were planning on trying to just finish and pacing accordingly and those who were not prepared at all for what was coming. I was trying to stay with the second group. About two hours into the race, they took these shots as I rounded a curve.

It was a 50-mile loop and I had just completed it in under 3 hours. At that pace, I would hit 200 plus miles. I stopped in to get some peanut butter sandwiches, water and started out again. The pacing was good and I wanted to hit that 200 marks. But 15 minutes into the next lap, I started getting stomach cramps from the peanut butter. I had never eaten that while riding and I was paying the price. It took me 5 hours to complete the next 50 miles and my stomach stayed that way till I finished at 118 miles. Learned to never try anything new on race day. As the year progressed, I ended with 8,217 miles and I put the bike away for the winter.

Over the course of the next two years, I took the bike out for fun rides and never really had any interest in racing again. Last year I logged 4,118 miles and this year was only 3,418 per my GPS on my phone. But what got me was I was looking for local cycling videos and there were none, so in September I took my camera along to document the trails. What I found is that I really enjoyed this experience. Thus I decided to share with you on my blog. As it has gotten colder, I have stopped riding but still get the camera out for other adventures. I have no plans of putting together videos of races themselves unless I am in them. There are enough videos of that but nothing for the regular cyclist to vision a trail up close and personal. Eventually, I will go-cam each trail, but not till next summer. In the meantime, till the weather breaks, enjoy my other videos.

As a follow-up to my tire inflation issue, up to this year, I would take the bike over to the shop and have them inflate it for me. But this year my phobia is over as I bought a pump, and happy to report, no issues with overinflation.
I am toying with doing another Calvin Challenge in 2014. The date is May 3rd. I just got the official email from them which is prodding me to try again. If I go, I will again sign up on new years eve.