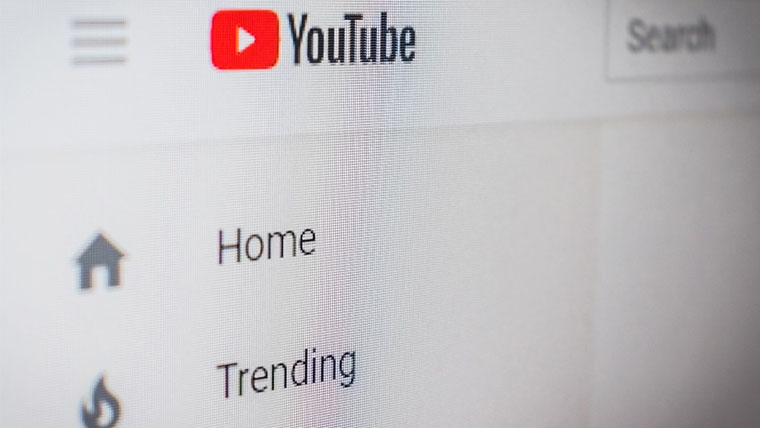 If you’re looking for a place to inspire, a place to get ideas for your projects, this is the place you need to go. This list has over 20 vloggers with great content (in my opinion) that you should subscribe to.

JustVlogs is the vlog channel for JusReign, a youtube entertainer. On JustVlogs he posts vlogs about whats going on in his life and current events. His channel is close to 1,000,000 subs. One of his most viewed videos is him meeting FOUSEYTUBE.

Rebecca & Kevin Vlogs is a vlog channel for a youtube couple named Rebecca and Kevin. They vlog about their life, travels, challenges they do. Currently, they are 430 subs and growing. We recommend that you check out their Mouth Challenge video, they recently uploaded.

Jhousevlogs is a family vlog that features the couple Jeremy and Kendra with their four kids. They vlog about all the things they do with their kids and the interesting things that go on in their family life. Currently, they have over 2 million natural subs. One of their most popular videos shows them having a Tornado scare, and then hurrying to go to church the next day.

This vlog follows the life of a mother named Denice and her family. Her vlogs are filmed around her home and work. She currently has close to 500 subs. If you’re looking for someone with a great personality to check out, she is a good option.

MoreTDM is a vlog channel for an amazing Minecraft player known as TheDiamondMinecart. He has been vlogging for close to a year now, and have been uploading interesting videos. From meeting a ton of his own fans to traveling across the world. If you love seeing creative and interesting things check out MoreTDM’s vlog.

Robyn Jane’s Vlog covers a variety of topics that she is interested in. Including fashion and makeup, also fun challenges that she might do. She has great potential to be one of the best bloggers on YouTube.

Niomismart is a channel for the amazing Niomi Smart. She is a dedicated and passionate woman when it comes to leading a healthy lifestyle. Also, she loves fashion and design. Videos on her channels mainly cover those topics.

This vlog follows the life of a Chicago Blackhawks fan by the name of Sam, and his family. They go through all the good and the bad together while vlogging it. One of their most viewed videos is of the day one their baby was being born.

Snowcat follows a team of bikes and their adventures on a motorcycle. One of their most popular videos is them pull over cops for poor driving. Now that is something you don’t see every day. They just past 900,000 subs, and definitely should have way more. So we recommend you go subscribe to them if you like cool guys on bikes.

This vlog channel follows a guy by the name of Nathan Cameron, who is traveling across America. During his travel, he will be making music and seeing the sites. He currently has two videos covering St.Louis and New York which are interesting to watch.

This vlog follows a Canadian girl named Sharal who lies in Japan. Throughout her vlogs, you can see travels allot and try to allot of different things. You should definitely check her out if you like fun adventurous people.

This vlog follows a British girl and her comedic personality. By the looks of it, she loves to skate and fun. A topic she loves to vlogs about is her eating American food. You should check out her channel for just eating videos. It’s funny to hear her opinion on the types of food.

This vlog follows the life of a guy by the name of George Benson. He films his thoughts and adventures he has. Currently, he has more than 1 million subs, and they keep growing every day.

This vlog follows Lois Cole, a very outgoing guy. He does a lot of odd, interesting, and fun things. Things that really don’t see the average person doing. If you love seeing people travel, this is the vlog for you to check out. We guarantee you will not be disappointed.

This vlog channel is for a youtube comedian named Adam. Who is apart of the channel TrueStoryASA, where he does comedian videos and social experiments. Through his vlog, you will see tons of videos that show off adventures in his life.

Sam and Nia is a family vlog for a couple and their two kids. They do daily vlogs covering things that are going on in their life. One of their most popular videos is them renovating a church.

This is a family vlogs that follows the lives of the Kinsella family. They make daily videos that go through the highs and lows of their family. Currently, the have over 1,500 subs.

BFvsGF is a vlog and a prank channel. It’s run by Jesse Wellens and Jeana Smith, they are a couple based in Philadelphia. Their prank videos are absolutely hilarious, so we recommend that you check them out.

Erika Szabo is a vlogger that makes videos on her thoughts about anime and video games. She is very passionate about those forms of entertainment and tons of videos on them. One of her most viewed videos is her going over the top ten female video game characters.

This vlog is for Badlands Paintball Canada, a Canadian paintball retailer. They make videos covering types of paintball guns and paintball games they participate in. Currently, they have around 15,000 subs and growing.